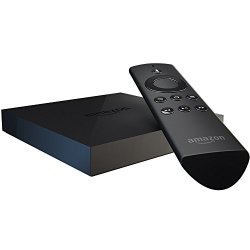 An overview of Amazon streaming hardware and Instant Video

As Amazon continues to ramp up its original series and movies.  We thought 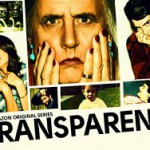 we’d take a quick look at Amazon’s media streaming devices, the Fire TV and Fire TV Stick and what they offer, as well as their Prime Instant Video service which is quickly becoming a formidable alternative to Netflix. 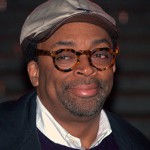 stribute 12 feature length films the first of which will be Chi-Raq directed by Spike Lee.  Amazon hopes to release the films in traditional theaters first, then bring them to its Prime Instant Video service within a month or two of their release which is quicker than traditional movies come to Pay Per View.

With all of the noise around Amazon’s original programming and its effort to unseat Netflix as the king of original streaming content, take a look at their hardware and streaming services.

The Fire TV ($99 on Amazon) was the third serious entry into the streaming media player market following Apple TV and Roku (review) and they nailed it in terms of design and processing features.  It allows you to stream TV, movies, pictures, music, and games from a variety of free and paid services like Netflix, Pandora, and Gamefly.

At 4.5″ x 4.5″ x 0.7″ the box is about the equivalent of about two decks of cards side by side and features a simplistic design meant to blend with your current media hardware or be hidden away behind a TV.

Like Roku and Apple TV set-up is very easy.  Simply connect to your TV via an HDMI output and

connect to a power outlet and turn the box on.  The device connects to the internet via ethernet to a router or wirelessly with its internal dual band wireless capability.  The user interface displayed on the TV walks users through the rest of the setup process and in a couple minutes you’re able to stream 1080P video.

They’ve also put an emphasis on gaming offering streaming games from Gamefly’s App exclusively for Fire TV.  You are also able to buy a bundle which includes the Fire TV game controller ($40 sold separately).  While the gaming features on Fire TV aren’t as robust as they are on the high-end gaming consoles, it does offer more in the way of gaming than its competitors at a reasonable price.

With Apple TV and Roku offering similar devices below are some of the positive and negative features that differentiate Fire TV.

Amazon built Fire TV for speed.  They included a very fast quad core processor which they claim is 3x as fast as the competition.  What does this mean for you?  A faster user interface when exploring Fire TV and quicker playback.  It also allows for a better experience when streaming and playing games.

The advanced streaming and prediction technology is essentially a self-learning feature that makes predictions based on your viewing habits and queue’s up programming in advance based on prior viewing.  This means faster playback, and program recommendations you actually want to watch.

Engineered for kids, users can store up to four different profiles where parents can set allowed programming and viewing limits making sure that kids aren’t watching inappropriate shows or movies.

Lets users search via the remote’s built-in microphone eliminating the need to scroll and click.  Note the Roku 3 has this capability as well.

Fire TV has 2 GB of memory 4x that of its competitors meaning you can store 4x the amount of Apps. This is another feature that makes it a better device for gaming.  It also has a USB input for even more storage.

One thing many folks may not know is that Amazon is a massive web services company meaning their storage and server capacity is one of the biggest in the world.  This means that they can offer their users less costly cloud storage which could be a huge advantage as WIFI speeds become faster.  Cheap cloud storage integrated with Fire TV out of the box could help them in the long run.  Picture all of your stored music, photos, and shows served up to you as soon as you upon set-up.

Means that you don’t need to have a line of site between the remote and the device to control it.  Go ahead and tuck it into a cabinet or behind the TV and the remote will still work 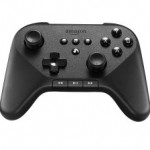 Fire TV has made gaming a difference maker for its customers with a dedicated Adreno 320 graphics engine, and 2 GB of memory, it offers 700 games at a reasonable price.

My biggest pet peeve with Fire TV is that its user interface is designed to steer you toward its owned content.  Apple TV does this as well, but Amazon’s Fire TV is even more pronounced.  The interface makes it more difficult to find third-party apps other than Amazon owned content, and its recommendations steer users toward their owned content as opposed to the Roku interface which for now, is a truly independent player, meaning its interface and recommendations don’t lean toward one service or another. 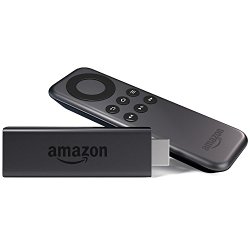 The sleek Fire TV stick ($39 on Amazon) is comparable to Fire TV with a few exceptions. It doesn’t have the beefy processor that its big brother has so gaming isn’t as impressive on the stick and the remote isn’t voice enabled.

It is very portable and does offer 1GB of storage, unlike Google’sChromecast.  It’s very good as a streaming player but like the Fire TV its interface does lead users toPrime Instant Prime Video content over other services. 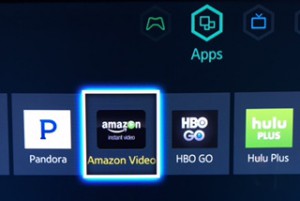 Prime Instant Video is Amazon’s streaming service offering 40,000+ TV shows and movies free to Amazon Prime members which is their $99 yearly 2-day shipping program. Amazon Prime 2 day shipping is almost a must have in today’s on-line shopping landscape so it makes sense to take advantage of Instant Video.  The service has made inroads in the last couple of years signing deals with HBO and Comedy Central to stream their content.

They’ve also beefed up their own content through Amazon Studios adding the critically acclaimed Transparent, Catastrophe, and Bosch.  Their deal with HBO gives customers exclusive access to older HBO shows like Oz, The Wire, and Six Feet Under.

Prime Instant Video is also now streaming 4K video at no additional cost for now.  Click here for a list of all devices the service is available on.